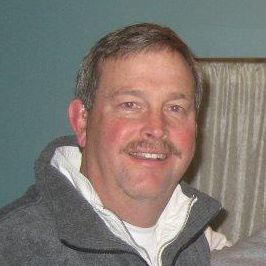 Dave Southwick has enjoyed over 25 years of board involvement in non-profits. He has served the Franklin County Chamber of Commerce, Missionary Health Institute, Fellowship of Christian Athletes and the Northern United Soccer Club. His specialty is chaos and passion is teaching. He holds a Doctorate in Education from Syracuse University and in his spare time, teaches math classes for the Community College of Vermont.

Dave is the Property Services Administrator for the City of St. Albans where he helps property owners comply with regulations and build their dream homes. He currently serves as the President of the Samaritan House. 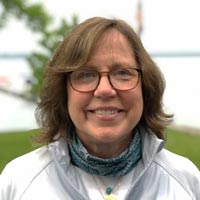 Joanie McGinn has been a Samaritan House Board member for about 6 years, focused on the goal of sustainability of the shelter and its programs to achieve the ultimate goal of housing for all.

Joanie was born and raised in St. Albans to a large family where she witnessed in her Mom, the value of giving back and as a result, serves on several local boards in addition to  The Samaritan House.

Being in business with her brother, Kevin Smith for over 30 years, they have together assisted many organizations, projects, and people throughout  Franklin and  Grand Isle Counties.

Feeling blessed to have wonderful family and friends, Joanie believes it is important to give back to those who need a hand up.   Being homeless should not mean hopelessness. 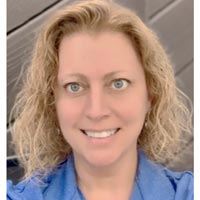 Lisa has lived in Franklin County all her life and is one of the  founding members of the Timmy’s Kids Foundation created 2000 in memory of her brother, Tim. This foundation supported area seniors with college scholarships, supported the Swanton Teen Center and culminated with in a significant donation to the Samaritan House in 2012. This is when the homeless shelter was renamed, Tim’s House, and Lisa joined the board. She has worked in healthcare at many different capacities for over 20 years.

Currently, she is the Patient Experience Manager at Central Vermont Medical Center.  She is proud to represent her family on the board and continue the work of her brother in a community that never ceases to amaze and inspire. 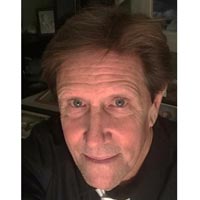 From upstate New York, Chris graduated from the Albany Academy and received higher education at Syracuse University and the United States Naval Academy before studying Economics, Accounting and Business Management at Champlain College.

During the 1990’s Chris was the CEO of the Wall Street Small Cap Report in Manhattan. In the early 2000’s he lived in Fairfax, Vermont raising a family and providing in-home health care for folks with special needs. Chris has two sons, Colin and Cale.

Mr. Santee served on the Fairfax Selectboard for four years, two as Vice-Chair and eight years on the Board Of Civil Authority, three as Vice-Chair. Mr. Santee served on the Board Of Directors for Franklin/Grand Isle County Habitat for Humanity for Humanity for two years. Chris was also the Editor of the Fairfax News for twelve years.

Familiar with wearing several hats, in 2015 he joined Northwestern Counseling & Support Services and also founded Colomont, Inc. of St. Albans, Vermont where he still serves as Chief Executive Officer and Chairperson of the Board Of Directors.

Chris joined the Board of Directors at the Samaritan House in February of 2020. Mr. Santee currently lives in South Burlington, enjoys swimming in the summer and UVM hockey in the winter. 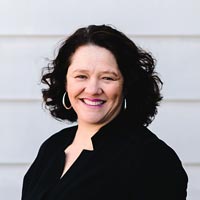 Denise Smith is a value-driven, systems level collective impact leader with 20+ years of experience at the intersection of planetary and human health and wellbeing.  She has spent a large degree of her service in executive roles with environmental, social, and health organizations.  Denise recognizes the importance authentic leadership plays in the meaningful transformation of systems and believes that communities possess the self-organizing abilities to redefine their futures.

She has a Masters’ of Science in Leadership for Sustainability from the University of Vermont and currently serves as the Program Manager for RiseVT in Franklin and Grand Isle Counties overseeing the local RiseVT team.  She is a mom of three and lives in St. Albans, VT with her husband Tim Smith. 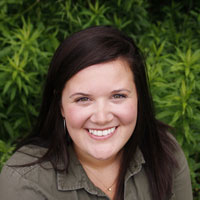 Courtney Bates joined the Board of Directors for the Samaritan House in July 2017.

Courtney was born and raised in Franklin County, Vermont – a place she is proud to call home. With a passion for volunteering, event planning, and promotion, Courtney uses her time and talents to give back to Franklin County in any way she can. In addition to serving on this Board, Courtney serves on the Franklin County Field Days Board of Directors and is a co-director for the Vermont Dairy Festival Scholarship Pageant.

During the day, Courtney is the Community Relations Coordinator for Franklin County Home Health Agency.

In her spare time, Courtney can be found enjoying time with her family and friends, down by the lake, up in the mountains, and anywhere in between. 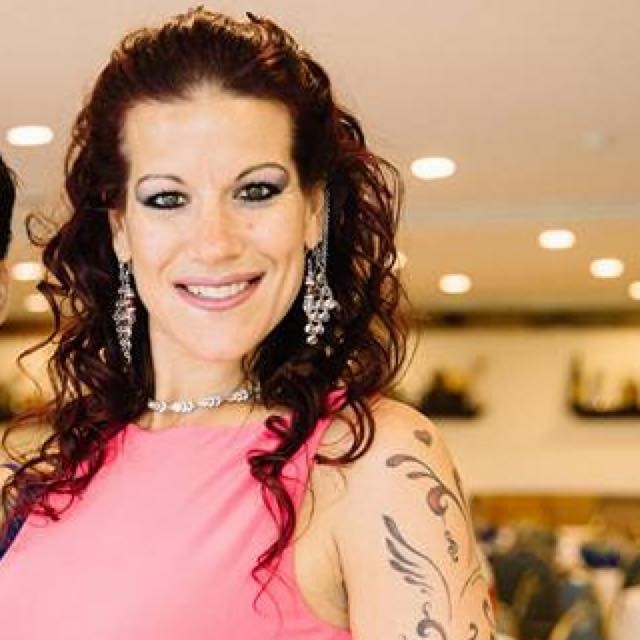 volunteer with F/GI Restorative Justice Center, Volunteer musician in community and at Church of the Rock in St. Albans and Cambridge Christian Fellowship, Secretary for the Samaritan House Board of Directors, VTARR (Vermont Alliance for Recovery Residences) Board Member and VT Recovery Coach Certification Board Member.

Historically, she has served on the following board of directors: Governor’s OCC (Opioid Coordination Council) Recovery and Prevention Committees, Turning Point of Franklin County and Vermont Recovery Network. Her passion for helping the community’s most vulnerable people is what keeps her committed to volunteer and service work, as well as strengthens her personal recovery. With a heart for people and families struggling with addiction, Melinda’s goal in life is to be of maximum service to her fellows and community. 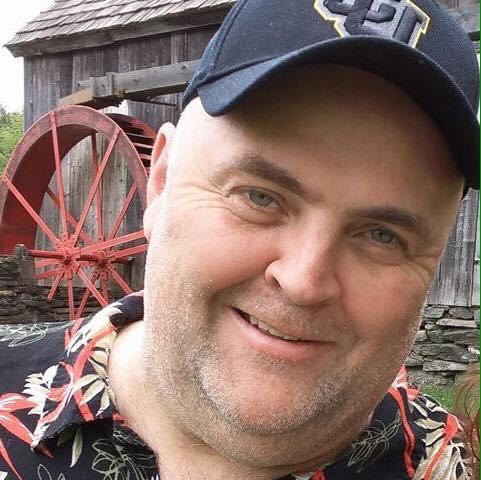 Sam Brown is an Educational Support Person at St Albans Elementary School. Sam has been active in community service in St. Albans since 1994. He has held many roles in the Franklin County community, some of which include: Foster Parent/ Adoptive parent, Board of trustees and Deacons at Georgia Baptist Church, Board of trustees at St Albans City Library. Sam’s goal in life is to spend each day trying to help someone in need. 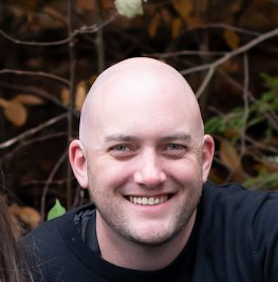 Steve Messier is a school administrator, coach, former school board commissioner, and certified A.L.I.C.E crisis response/safety instructor from Saint Albans. With over 18 years of experience working directly with children where his primary focus has been the development of social and emotional skills through experiential and relational practices.

Over the last several years, Steve has served on the advisory councils of two public school alternative programs and overseen the creation and development of hands-on, socially supportive learning environments for at-risk youth. In his current role as the Director of Student Affairs at Missisquoi Valley Union, Steve provides support on issues related to student behavior, conflict resolution, mediation, bullying and harassment education, and school safety planning and training.

Steve has previously served on school boards for the Saint Albans City School and the Franklin Central Supervisory Union (now Maple Run School District). Additionally, Steve currently serves as a member of the teacher advisory board for Teacher Vision and is a founding member of the Social-Emotional Learning Alliance of Vermont. Steve and his wife Katie have three children, Eva (7), Easton (7), Adeline (5). 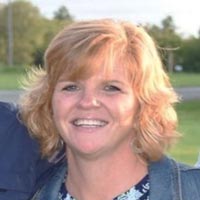 Trudy Cioffi is a certified special educator and elementary school teacher. She spent 20 years teaching in Swanton, before joining the Colchester School District in 1993. She teaches third grade and has a passion for teaching and supporting all children. Some of the families she has served have experienced homelessness, which inspired her to join this board. She wanted to do more to support this vulnerable population. In particular, she wanted to make a positive difference in the lives of children living at the shelter. In addition to her job as a teacher, Trudy also teaches group fitness classes at Collins Perley Sports and Fitness Center.

In the past Trudy has served as co-chair of the Franklin County Relay for Life, which benefits the American Cancer Society. She also served as chair of the St. Albans City School Board for several years. Trudy and her husband John raised their 3 boys in St. Albans. She and her family have been actively involved with football, hockey and lacrosse in the community. 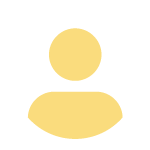 Ms. Bourgeois presently serves as Communication and Industry Relations Manager for Dairy Farmers of America, located in St. Albans. Prior to assuming her current position, she was Senior Project Manager for the Vermont Agency of Commerce and Community Development and led Governor Peter Shumlin’s ConnectVermont Program. She also directed Governor Shumlin’s Quebec Initiative. Kiersten served as Secretary of Civil and Military Affairs and as a Senior Staff member under Governor Jim Douglas. In that role, she was responsible for policy and legislation for the Agencies of Agriculture, Natural Resources and Commerce and Community Development, and the Department of Labor.

She began her professional career in Charleston, South Carolina working for an industrial development organization.

In addition to serving on the Board of the Samaritan House, Kiersten serves on the Executive Committee of Friends of Northern Lake Champlain and is a member of the Vermont State Workforce Development Board. 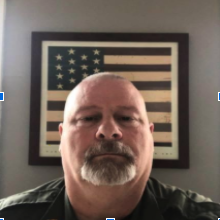 I live in Milton with my wife Deborah.

In December, 1978 I joined the Vermont Army National Guard.  I served twenty years with the guard with my last eleven years working full time at Camp Johnson in Colchester.

In January 1988 I accepted a position as part time Patrol Officer with the Milton Police Department. I worked for Milton on a part time bases for five years.  In 1992 I joined the Milton rescue squad where I served until 1997.

I received my EMT-I certification while with the squad and rose through the ranks to become Captain which was the second command officer of the department.

In 1996 I decided to return to school and attended the Community College of Vermont.  I received my associate’s degree in liberal studies with a high concentration in law enforcement.  During this time I was employed with Fletcher Allen Health Care as an Emergency Service Technician.  While working at Fletcher Allen I kept thinking that I wanted to working in the medical field but my heart kept telling me that I wanted to return to the field of law enforcement.  So, in December 1999 I accepted a job with the Vermont Department of Corrections and worked as a Correctional Officer at the jail in South Burlington.  I rose through the ranks and became an acting shift supervisor.

In November 2019 I retired from the ST Albans City Police Department and returned to work for the Franklin County Sheriff’s Office, where I am assigned as a Sergeant. 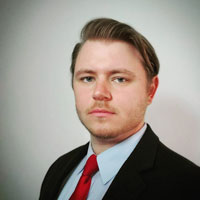 Alec Herbert is a Financial Advisor for Key Investment Services. He proudly serves Franklin, Chittenden, Addison, Washington and Rutland counties and has more than five years at the company. Before beginning his career with Key, he achieved a Bachelor of Science in Accounting from Johnson & Wales University in Providence, Rhode Island. He joined the Board of Directors in October 2019, eager to positively contribute to Saint Albans and the community that raised him. 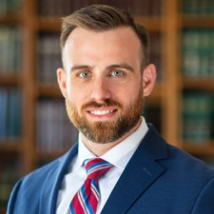 Matthew is a native Vermonter and has lived in St. Albans city with his wife and children since  2014. He attended the University of Vermont, where he received bachelor’s and master’s degrees  in history before reading the law at a Burlington law firm. He is now an attorney at Sheehey, Furlong & Behm in Burlington. His work focuses primarily on civil litigation where he  represents clients in a variety of legal matters including complex commercial, construction, and  personal injury lawsuits.

Matthew is committed to contributing to the community. He serves as an alternate on the St.  Albans Development Review Board and helped coach his daughter’s recreational soccer team.  His children attend the city school system and are involved in a number of activities in the  community. Matthew is passionate about social equality, economic justice, and helping others.